How to get your next generation of software developers

How to get your next generation of software developers

A shortage of software engineers is not exactly breaking news but it’s still a huge issue! And as we approach the second half of 2021, the demand for developers is again outstripping supply.

Of course, this is fantastic news for software engineers, but it’s not so great for the companies trying to hire them!

Let’s have a look at the facts:

What does the shortage of developers mean for UK businesses?

Like we said before, the world today runs on software. So, if a company cannot innovate or respond quickly to changing customer demands, it’s not only bad for business – it could spell the end.

The fierce competition for developers is also pushing up salaries within the sector. This is making it difficult for some SMEs and start-ups to compete. And even those who can afford to pay higher wages have admitted that candidates often get multiple job offers. (Robert Walters – solving the UK skills Shortage).

This is not good for business or for the post Brexit economy.

So, unless you’re one of the lucky ones or a tech giant like Apple or IBM with deep pockets, you’ll need to get creative! To do this you’ll need to think about your short, medium and long-term approach to tech recruitment.

Let’s consider the options below:

Agencies and freelancers give you the flexibility to scale up or down your software development projects as needed. This enables you to bring in experienced developers to plug specific skill gaps or increase capacity on large projects. But it’s an expensive option and not sustainable in the long term - especially for smaller businesses.

In the last year, many companies have realised that they don’t need to hire people from within commuting distance of their office. That’s why many UK companies are hiring specialist skills from abroad. Some are also developing extended teams to support (but not replace) their core in-house teams.

This approach opens a wider pool of experienced talent and enables companies to hire talented people at reasonable rates. It’s not without its difficulties though as many managers will testify!

Software development is a collaborative process. So, managing people from different time zones and cultures can be difficult.

Hiring junior developers is a longer-term approach but the rewards are high. They give you an opportunity to invest in the future of your core team. And as well as being quicker and easier to hire, this is what else you get:

Now that we’ve considered the benefits, let’s have a look at some of the options for hiring and training new developers.

Brand new junior developers tend to move into Software Development through one of the following routes. But with quality so important, which route is best?

That’s why many graduates are enrolling on coding bootcamps after completing their degrees. While, graduates with non-IT related degrees are also taking up Software Developer Apprenticeships.

In the main, coding bootcamps train people to become full stack, front end or backend developers. But unlike computer science programmes they tend to change rapidly and teach the latest technologies.

That’s why many graduates and even computer science graduates enrol on them!

Bootcamps are very much hands-on and give people practical coding skills and a problem-solving mindset. Not to mention, a portfolio of coding projects to showcase their abilities. Therefore, many businesses; especially smaller ones prefer to hire them.

Just a word of caution though. Coding bootcamps are not regulated and inspected for quality, unlike universities and apprenticeships. Therefore, standards can vary widely.

To reduce the chronic shortage in skills many businesses are turning to a more grassroots approach. Enter the Software Developer apprenticeship!

Many companies are making use of the Government funding and incentives available to:

Contrary to popular belief – there is no age limit for an apprenticeship, and anyone can do one!

Let’s consider the options above in a little more detail:

Hiring a software developer apprentice is a great way to shape your future workforce. Recruiting early enables you to tap into brilliant diverse talent and mould your superstars of tomorrow.

You can also use an apprenticeship to upskill graduates with non-IT related degrees. This again helps to widen your talent pool. After all, a positive attitude, enthusiasm and a passion for tech can go a long way.

Many companies are increasing their tech skills by focusing on internal training. And apprenticeships provide a high-quality way to achieve this.

For example, you could upskill a member of your team who is looking to change direction or is re-entering the workforce. Apprenticeships are a cost-effective tool and provide an alternative solution to hiring someone new, who isn’t familiar with your culture or operations.

It normally takes around 15 months to complete a level 4 apprenticeship. This is the equivalent of a foundation software engineering degree.

4. Mixing your approach to solve the talent shortage

It’s a cliché to say that the future belongs to your young talent, but few clichés ring as true as this one. Just like a successful football team, you need to invest, nurture and grow your developers of tomorrow – today.

To do this, we recommend that you mix up your approach and not rely on just one route. Apprenticeships, bootcamps and university graduates all have a role to play and they bring something different  to the table.

At the end of the day, skills can be learned, but what’s more important when recruiting is finding talented people who have:

The future is already happening around us! And as we enter the fourth industrial revolution, those companies who can rise to the challenge, be innovative and be quick to market will come out top.

To be successful, companies need to invest in their tech skills now. And having a well-balanced and flexible software development team in place is a must.

At escalla, we help you to grow your next generation of tech talent through our funded apprenticeship programmes. 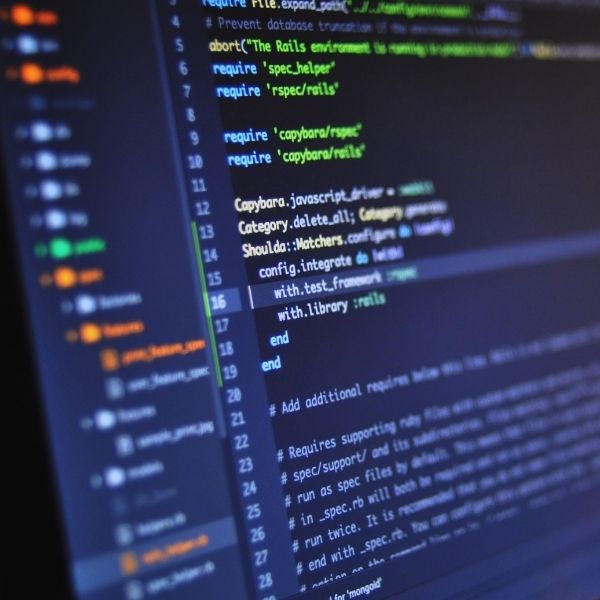