What is Office 365? A Beginner's Guide

What is Office 365? A Beginner’s Guide

You’ve heard the hype, seen the ads, felt your IT manager’s sweaty palms. But despite all the excitement and rumours of a migration, you’re left with one question: ‘erm, so what is Office 365?’

And you’re not alone. Office has changed in a big way – and until you start using 365, it’s understandable that you might not ‘get it’.

So here’s an overview…

From Old to New

By now, Microsoft Office has become as familiar as your walk to work.

You know it; you know how to do it. You feel a smugness that you remember the googly paperclip, but are now better than that, and have moved on.

But while your ‘old’ version of Office might still be a hugely capable piece of software, in the last few years, home and work life has taken a massive leap. Times have changed; and static, single-device applications have been stretched to their useful limits.

Today, our world is online. Everything and everyone are connected. The effect of this is being felt throughout all corners of life. And now, in your spreadsheets!

To put it simply, Office 365 is the latest incarnation of the ever-popular software (Office 2016), but in a much more versatile, online package.

Local working and saving are yesterday’s news. So Office 365 is built on cloud storage; sharing, editing and collaborating in real-time; and syncing your work to multi-platform devices (i.e. your phone, or other computers).

Essentially, 365 is all about breaking Office out of its box and into your digital world.

Designed for the Future

Thanks to its subscription service instead of an upfront licence fee (starting from £7 per month for business users, in case you were wondering), regular version-upgrades are automatically included.

This means you get all the new features as they’re released, plus up-to-the-minute security protection.

No more waiting around for next year’s model. Just endless batches of freshly-baked features, straight out of Microsoft’s software oven.

A Cloud You Can Rely On

Cloud working is the foundation of all that’s good about Office 365. Every app in the new suite is set up to get the best out of online storage.

So you’ll be pleased to hear the two words we’d use to describe it: Useful and safe.

Firstly, you get 1TB of usable space, with multi-platform compatibility – including Windows, Mac, IOS, and Android. To put that into perspective, it’s enough space for around 125,000 high-quality MP3 songs!

That’s A LOT of Word docs to get lost in.

Secondly, it really is safe. If you’re still unsure about how the cloud works, or whether it’ll keep working (!), you’re not alone. But be assured, the technology has been in use for ages, by some of the biggest and most information-critical businesses around.

As you would expect, you get loads of security included as standard. And as long as you take the same precautions as you would with any other file storage system, you can sleep soundly.

Until now, many people have only used the big-name apps in Office: Word, Excel, PowerPoint, Outlook.
Office 365 still has them – obviously – even if they look and work a little differently to previous versions.
But the focus of Office 365 is in the new, multi-functional apps. Many have been designed from the ground up, specifically to work with this innovative version.

The Teams app, as just one example, incorporates features for work planning, chat, calls, file storage, hosting meetings etc. The list goes on. This hugely useful and powerful application could never have been created outside the boundaries of 365.

Use the apps. Learn them. Make them work for you. This is what Office 365 is all about.

To be competitive in today’s workplace means keeping up with the moving world. And Microsoft Office 365 is one major piece, firmly on its way.

The answer to ‘what is Office 365’ is essentially a version of Office that takes everything you know and like about the program, squeezes it together until beautifully concentrated, then sets it free throughout your digital network.

It’s an Office you’ll – admittedly – need to invest some time in. But you’ll love where it takes you.

escalla has developed a range of solutions to enable you to get the best out of Office 365: from quick video tutorials to major software implementation training and consultancy. Contact us to find out more. 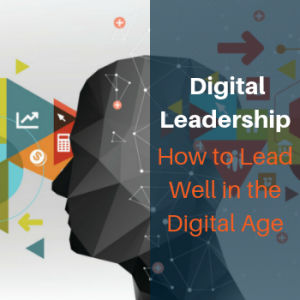 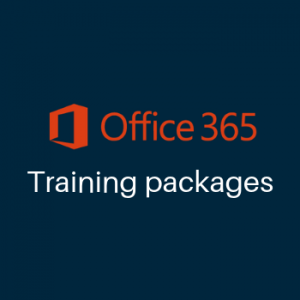 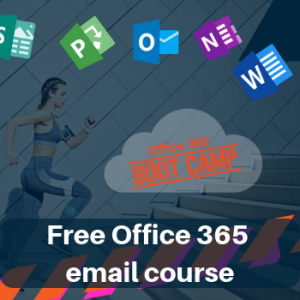 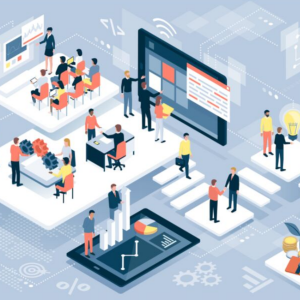 Migrating or new to Office 365? Learn more about our Office 365 learning and adoption training 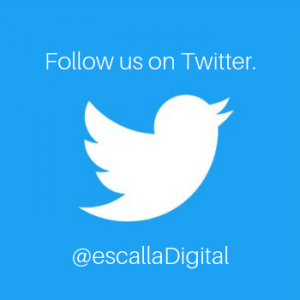 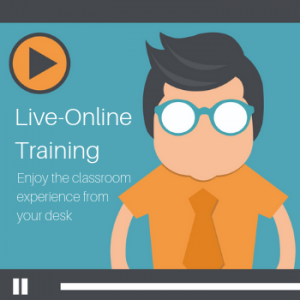 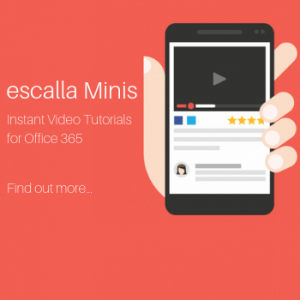